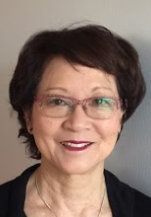 Madame Noriko Aikawa-Faure, Tokyo University graduate (Art History), doctorate candidate at University of Paris Sorbonne (Art History) and l’Ecole Pratique des Hautes Etudes (Social anthropology), is currently the Representative of the Advisory Committee of IRCI ( ICH-related C-2 Centre, Japan) and a member of the Advisory Committee for CRIHAP ( ICH-related C-2 Centre, China). She developed the Intangible Cultural Heritage Programme at UNESCO and followed the drafting and adoption process of the Intangible Heritage Convention as Chief and Director. After retirement, she worked as an Advisor to Culture in UNESCO and a Professor at KUIS University (cultural studies), Japan. She assisted the Japanese Government in drafting ICH-related nominations as Advisor for ICH, Agency for Cultural Affairs and also evaluated nominations as a member and the Rapporteur of the Subsidiary Body for the 8.COM. She thus has good experiences in drafting and evaluating nominations.